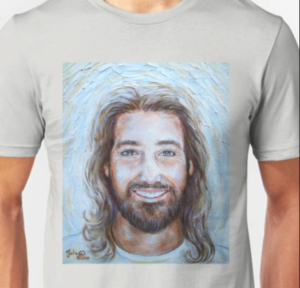 There’s a popular television show in Indonesia called Minta Tolong!, which basically means “I need help!” Every week a hidden camera crew sends out a down-trodden person into the streets to ask for help from strangers. It’s sort of like the American TV show, What Would You Do?, with John Quiñones, but the Indonesian version has a twist of a reward at the end.

In the first episode of Minta Tolong! I watched, an actress playing a destitute beggar went from person to person, asking for a blanket for her child. She was holding a ratty newspaper and offered to trade it if they would give her a blanket. Person after person said no. She would plead with them, “Please, my child is cold and doesn’t have a blanket. Don’t you have an extra one at your house?” They would brush her off and she would then go on to the next person. After numerous rejections one kind soul finally said yes, giving the beggar lady a sling that was using for her own child. The beggar then gave her newspaper to the kind lady, and inside it was a very large sum of money. The crew came out and interviewed the kind hearted soul, who was overcome with emotion and didn’t want to accept the money at first. She finally did at the interviewer’s insistence as tears streamed down her shocked face.

How many of the people who said no would have said yes, if they knew that inside that dirty newspaper was a loot of cash? All of them of course! They would have gladly done a good deed if they knew they were going to be rewarded for it.

You are going to be rewarded for the way you live your life. It will happen at a point in time that the Bible calls the Judgment Seat of Christ:

So we make it our goal to please Him…For we must all appear before the judgment seat of Christ, that each one may receive what is due him for the things done while in the body, whether good or bad.[i]

Paul explains what this “Day” will be like further in his first letter to the Corinthian believers:

By the grace God has given me, I laid a foundation as an expert builder, and someone else is building on it. But each one should be careful how he builds. For no one can lay any foundation other than the one already laid, which is Jesus Christ. If any man builds on this foundation using gold, silver, costly stones, wood, hay or straw, his work will be shown for what it is, because the Day will bring it to light. It will be revealed with fire, and the fire will test the quality of each man’s work. If what he has built survives, he will receive his reward. If it is burned up, he will suffer loss; he himself will be saved, but only as one escaping through the flames.[ii]

The foundation of our relationship with God is His grace, revealed in Jesus Christ and manifested at the cross. Jesus Himself laid down the foundation of your house of faith when he laid down his life. He endured that cross, despising its shame, for the joy set before him of bringing you to the Father.[iii]

But this doesn’t mean believers aren’t going to be judged, and this is where many believers get a little fuzzy. We’re riding on the train bound for glory with a free ticket in hand, and we kind of think it doesn’t really matter how we live this life, because we’ve got that golden ticket and we’re guaranteed to get in.

I’ve heard this analogy before by Jamie Lash, a Bible teacher who co-wrote an excellent book on the subject entitled,This Was Your Life! (Chosen Books, 1998). Jamie asked would happen on the first day of a college class if the professor said, “Hey, I just want everyone to know that you all get an A. It doesn’t matter if you come to class or not, do the assignments, or take any of the tests. Everyone is guaranteed an A.”

What would that do to the morale of the class? How many students would show up the next day? How many of them would even be brave enough to exit right then? Most believers assume we’re all going to kind of get an A. I’ve got my ticket, I’ve been saved by grace, and now I’ll go pursue my own interests, thank you very much.

But Paul points out, even though that foundation is a totally free, paid-in-full gift, how we build on it is totally up to us. “Each one should be careful how he builds.” Our task is to choose the building materials, and His task on that Day will be to test the “quality” of our work. That’s quality, not quantity. It’s not how much we produce in terms of Kingdom Domestic Product, but the quality of our ministry in the lives of people we’ve impacted. Jesus said, “Well done, good and faithful servant!” to the servant who received two talents and made two more, and to the one who received five talents and made five more.[iv]

The final exam of our lives sort of gives me a dry feeling in my throat, but keep in mind on that Day He will be looking for that which He can reward. I’s not pass/fail but rather an awards banquet. Every time we gave when no one else knew, every time we made a stand for righteousness when no one was looking, every small decision to follow Christ’s example because of our sheer love for Him. That little ministry deal you did so that those kids would be impacted? That was a big deal to Him and he wants all heaven to know. That’s the stuff that He intends to reward.

I remember as a boy cleaning up my room, or maybe an extra ordinary task like cleaning up the garage, the whole time imagining my parents’ faces when they got home from work. They would be so happy! They would be so proud of me! All this mucking around in this dirty garage was going to be worth it because they are going to appreciate and affirm me. We need to imagine our father’s face more when we are mucking out the garages of our busy lives. That smile on our Father’s face when He gets home will make all this work totally worth it.

The smile on the face of Jesus at the Judgment Seat of Christ will make all your work for Him more than worth it.