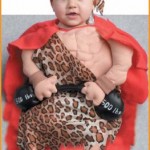 “Of the increase of his government and peace there will be no end.” – Isaiah 9:1

This prophecy of the coming Messiah, written 700 years before Jesus was born, foretold of a special child that would grow so strong the entire government would “rest on his shoulders.”  This Anointed One would be called “Wonderful Counselor, Mighty God, Eternal Father, Prince of Peace” (vs 6).  That sweet little baby in the manger would grow up to preside over a powerful kingdom that is continually growing and getting stronger.

If that’s true then why does the church seem to be in decline?  Church growth in the U.S. isn’t even keeping up with the birth rate.  According to the magazine Christianity Today, 70% of America’s youth will leave the church by the time they are 22.

In a New York Times editorial this week, Ross Douthat reflects on the role and influence of the church in America in the context of the holidays.  Read it here.  He reviews two books, one of which sounds really interesting, “To Change the World” by David Hunter.  Douthat writes:

Having popularized the term “culture war” two decades ago, Hunter now argues that the “war” footing has led American Christians into a cul-de-sac. It has encouraged both conservative and liberal believers to frame their mission primarily in terms of conflict, and to express themselves almost exclusively in the “language of loss, disappointment, anger, antipathy, resentment and desire for conquest.”

Thanks in part to this bunker mentality, American Christianity has become what Hunter calls a “weak culture” — one that mobilizes but doesn’t convert, alienates rather than seduces, and looks backward toward a lost past instead of forward to a vibrant future. In spite of their numerical strength and reserves of social capital, he argues, the Christian churches are mainly influential only in the “peripheral areas” of our common life. In the commanding heights of culture, Christianity punches way below its weight. [i]

The quote that jumps out at me, and why I will be putting this book on my Amazon.com wish list, is how the church now “looks backward toward a lost past instead of forward to a vibrant future.”

As believers, we believe.  We hope for the best in the truest sense of the word hope.  Bill Johnson defines this potent word as “joyful expectation of the good.”  The best days are still ahead of us.  Hope for them.

From my perch in Southeast Asia, it’s not hard for me to hope.  The reason is I get to see some very amazing things that God is doing, right smack dab in the world’s largest Isl*mic nation.  Just this week I heard a story form my city that blew my socks off (wanna hear it? email me).  If God can move like that here, He can move anywhere.

There are other signs of hope even in my beloved home country.  I’ve got a friend named Jeremy Story who is leading the charge to stir prayer on college campuses in the U.S.  See his website.  I love his stories.  When I see the zeal of leaders like this, outmanned and outgunned yet still moving forward into the battle, my heart is encouraged.

But the most encouraging fact that anchors my hope is the zeal of God to accomplish His own purposes.  Back in that ancient prophecy of Isaiah, after his jaw dropping prediction of how the Messiah would reign and all He would do, it tells us how in the world all this is going to happen:

“The zeal of the Lord of hosts will accomplish this” (vs 7).

Our future is indeed vibrant.  God’s zeal is the most powerful substance in the universe.  He is moving and will move even greater in the days to come.  Don’t underestimate that tender baby in the manger.