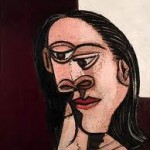 While riding my mountain bike a few weeks ago, I took a tumble and shattered my collarbone into five pieces.  A group of villagers carried me to my house, where I was helped into the passenger seat of my car. I asked someone, “Can you tell my wife I have to get to the hospital?” Minutes later, we were on our way.  It felt like gravel was churning around in my shoulder where a collar bone used to be. I needed a doctor, and I needed him fast.

When we are seriously injured, we know exactly where to go. We make a bee line for a doctor. When our sewer pipes get clogged up, we call plumbers.  When our cars break down, we take them to mechanics. And when our souls feel like they are dying of solitude, thirst, emptiness and brokenness, we entrust them to … psychologists?  Politicians?   Priests?  Professors?

Instead most of us turn to the gardeners and shepherds of the soul.  We plug in to the I-pod, rent a movie, turn on the television or roam the aisles of a book store in search of the cure for our internal sickness.  This is no random coincidence.  Much like a surgeon can slice open a shoulder and patch up a collarbone, an artist is a surgeon of the soul.

The greatest artists have always known their mission. Pablo Picasso referred to painting as “an instrument of war.”  He said, “I want to draw the mind in a direction it’s not used to and wake it up.  I want to help the viewer discover something he wouldn’t have discovered without me.  That’s why I stress the dissimilarity, for example, between the left eye and the right eye.”

Art is lightning that flashes across the sky in the dead of night, momentarily revealing the broken furniture on the patio.  If even for a moment, the lightning exposes the conditions of our souls and sends the rats running for cover.  It may tear open a widespread condition of humanity, or focus our awareness on something very specific that most people have chosen to ignore. Mark Twain wrote The Adventures of Huckleberry Finn well after the conclusion of the Civil War.  Pen in hand, he opened up the human heart and rearranged our inner consciousness.  Readers picked up his book and laughed until our sides ached.  Meanwhile we found ourselves drifting along the Mississippi River with a slave.  Then we were beckoned into the slave’s life.  We were annoyed to discover that he had feelings.  He had a family.  He had a soul just like us.  He even had a name.  Eventually Jim became our own imaginary friend, and all of us longed for him to be set free.  Then we put the story on the bookshelf and went back outside, into the real world where the devastating effects of slavery continued to hang over the grandchildren of slaves.

A writer had toyed around inside of us until he was satisfied that we had been set free from our numbness, our death of compassion for the desperate plight of humanity.  His art took effect.  In our new, transformed state of mind, we were far more ready to take action on behalf of freedom.  And therein lies the power, the nobility and, dare I say, the responsibility of creativity.

Although the Christian artist is often very quiet and sits toward the back of the church, there is rarely a more powerful or influential person in the building. The church urgently needs to call upon her artists to step to the forefront of the movement of Jesus. Imagine if your pastor were to gather a team of artists in your congregation and say, “This is the passage of Scripture I want to address in four weeks. These are the themes and messages that I want to convey. Would you mind helping me bring my message more deeply into the hearts of my congregation?”

The timeless American writer Flannery O’Connor once said, “I am not afraid that the book will be controversial, I’m afraid it will not be controversial.”  May we see an explosion of controversial art at the forward edge of the Christian faith.  May we all burst up from the tired old paradigms and begin to create with courage.  We must leave behind expressions that are frivolous, careless or irrelevant ramblings of meaningless philosophy.  We must create with a radical standard shaping our vision.  We must create by faith, after getting on our knees every morning and surrendering our souls to God with the hope that he will put a new song in our mouths, that he will unleash a redeeming narrative to humanity through us.

Artist, may the Spirit of God light a fire in your soul. May He set you free to create with authority and courage. The church needs you! May the streams of Spirit fueled creativity flow, causing change in the world around you.  May your creativity result in movement, response, healing, truth, and life.