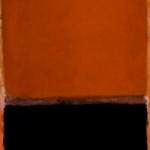 In the season when kings mounted swift stallions, unsheathed gilded swords and went to war, one king called in sick. Following a massage and a hot bath, he stretched himself across fluffy white, goose down pillows. His mind began to whimsically drift away from the fierce battles raging outside. His thoughts turned instead to nostalgic memories of youthful days. After awhile his mind drifted through the window, beyond the curtains fluttering in the afternoon breeze. His imagination tinkered nowhere in particular, like a butterfly wandering aimlessly in a pastel field of wildflowers. After hovering for a moment over an intriguing snake hole, he was suddenly sucked down into the rogue abyss of his own dark side.

Lost in himself, he ordered a servant to fetch the curvaceous wife of a faithful and trusted five star general. After he waited anxiously for several minutes, she appeared at his bedroom door with a terrified expression on her face. Within a few weeks, it was whispered in the palace that a baby was on the way. After making a few clumsy attempts to cover up the scandal, the king ordered her husband to be murdered, and brought her to live amongst his bevy of other conquests.

Sometime later, the king had a visit from the most preeminent artist in his kingdom. The artist unfurled his canvas. Then he began to paint a sequence of images into the king’s mind. “There were two men in a certain town, one rich and the other poor. The rich man had a very large number of sheep and cattle, but the poor man had nothing except one little ewe lamb he had bought. He raised it, and it grew up with him and his children. It shared his food, drank from his cup and even slept in his arms. It was like a daughter to him. Now a traveler came to the rich man, but the rich man refrained from taking one of his own sheep or cattle to prepare a meal for the traveler who had come to him. Instead, he took the ewe lamb that belonged to the poor man and prepared it for the one who had come to him.” (II Samuel 12:1-4)

As the king watched this tale unfolding in his imagination, his heart was drawn into the story. He became increasingly irritated by the injustice being portrayed. He said to the artist, “As surely as the Lord lives, the man who did this deserves to die! He must pay for that lamb four times over, because he did such a thing and had no pity.” Then the artist looked straight into the eyes of the king and said, “You are the man!” It was the moment of truth. Scales that had once blinded his eyes were torn away. Light invaded his heart. The king blinked in the fierce glare of truth.

A work of art painted into the king’s imagination had been his catalyst of freedom.

King David’s heart had been locked away with a “do not disturb” sign hung on the door. He was untouchable. His servants were terrified to even speak to him. Having constructed a barrier between himself and truth, he was unaware of his own state of mind. David’s blissful ignorance of his own soul environment is typical of the human condition. The Bible describes the mental consequences of wandering away from God as, “madness, blindness and confusion of mind.” People at high noon are described as groping around like blind men in the dark. (Deut. 28:28-29) What was God’s counter attack in the battle for King David’s soul?

A work of art.

A sequence of powerful images were launched like torpedoes meant to seek and destroy the lies that had rooted themselves in David’s heart. The Prophet Nathan aimed straight for the imagination. Rather than threatening David, the Prophet slipped in through the back door of his mind. David was shaken free of his delusions from the inside out. A renewed imagination became his catalyst of freedom. Transformed and set free, he sat down and penned the 51st Psalm, “Create in me a pure heart, O God, and renew a steadfast spirit within me … O Lord, open my lips, and my mouth will declare your praise.”

What is an artist? An artist is any person who has nurtured the ability to frolic on the playground of the human imagination. I wonder, is there any greater influence on the face of the earth than this?  All of us can nurture the gift of creativity. Take a few moments today to consider your ability to communicate effectively in the realm of the human hearts around you. Can you foster and develop your creative talents to confront the fallen and broken conditions in the world around you? If so, you can become a mighty weapon in God’s right hand to advance his kingdom.

Re-imagine creativity: Think of creativity not simply as “self expression” but as a RESPONSE.

Focus: What are the fallen soul environments around you that DEFY you to respond with delicate creativity?