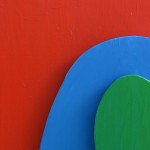 All American writers since the mid 20th century stand in the shadow of Ernest Hemingway.  Known for punchy sentences and muscular verbs, Hemingway established the standard for American story telling. He wrote, “Prose is architecture, not interior decoration, and the Baroque is over.” Leery of adjectives, Hemingway was a minimalist who dragged paragraphs through fire until the cheese melted.

The result? Stainless steel sentences. When challenged to write a story with six words, Hemingway responded with:

Minimalism is more than a method of writing. It is the relentless seeking for truth in a smoke and mirrors generation. It is the way of genuine freedom.

Minimalism and integrity somehow seem like they are related. If I am a story, make me a short story. I crave simplicity. Carve away my empty words. Sweep away my vanity. Give me someone to love, and something to die for and I will be content. Yes, I think I am becoming a minimalist. When the chaff has finally drifted away, and I breathe one last time, what else will matter but that which crosses the threshold into forever?

“Each one’s work will become clear; for the DAY will declare it, because it will be revealed by fire; and the fire will test each one’s work.”