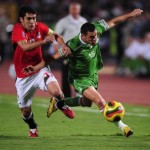 THE GREATEST IMPROVISATIONAL ATHLETE in my generation was Ervin “Magic” Johnson, the great point guard of the Los Angeles Lakers. When Magic was gliding down the court no one in the world had any idea what he was about to do with the ball. Whatever he did usually shocked everyone, including his teammates, and it almost always generated baskets.

As great as he was, it would be impossible for Magic Johnson to create with improvisation unless some other team (preferably the Boston Celtics) were trying with all their strength to stop him. In her book about creativity, art professor Margaret A. Boden writes that “… constraints – far from being opposed to creativity – make creativity possible. To throw away all constraints would be to destroy the capacity for creative thinking.” The most accomplished artists long for resistance. They crave for something or someone to defy them to create their art in the wind or while hanging on the edge of a cliff.

Constraints reveal the strength of our souls and forge the quality of our art. Challenges either demolish our dreams, or catapult our dreams into the future. For this reason, the greatest of artists see resistance not as something to run away from, but as an opportunity to test the quality of their inner being. It is their chance to reveal to themselves who they really are. There is something within each of us that wants to move from the practice field into the stadium lights. It is under the lights and before a great cloud of witnesses that our souls are tested, and it is in the heat of battle that we discover what we are made out of. This is why when we read a novel or watch a film, we loathe predictability. It is also why we feel more excitement when there is an anti-hero who defies the hero. Batman would be a static artist without the Joker to spice things up. Imagine a Batman film with no resistance. He would be free to go out on a date or spend the afternoon surfing the internet. But that plot would never be taken seriously by a film producer. A movie like that would be about as invigorating as watching a Wiggles concert. Because Joker is trying to destroy him, Batman is given the opportunity to escalate his art to the improvisational level.

We don’t know what problems, challenges, unexpected twists, disappointing phone calls, harsh criticisms, or seemingly impossible mysteries we will face today. But we must live with a resolute attitude; believing that there is an opportunity to grow buried inside of every challenge. Challenges can be embraced as gifts from God. By leaning into change, resistance, and fluctuating circumstances, we are given the chance to accelerate our creativity to the improvisational level.