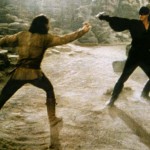 Honor is an affirmation that who someone is and what he contributes is valuable.  Honor is not something that can be selfishly grabbed…it is bestowed.  There is no such thing as self-honor.  Honor is a choice, an act of the will given to someone else to recognize his or her valuable identity and contribution.

It’s easy to offer that honor to others when we feel good about them and about ourselves, maybe on a special occasion like a birthday, an awards banquet, or just strolling along enjoying a sunny day together.

But we know that’s not where we live most of the time.  In the day-to-day grind, honor is tested when we have conflict with the valuable people in our lives, the very people we love and yet who sometime drive us nuts.  How do you treat someone when they are blocking your goals?  I had some conflict recently with a couple of people I love dearly.  One was done well and one was done poorly.  The difference was simply that in the first one I honored the person I was having conflict with, and in the second one I didn’t.

Psychologist James Coleman, studying unhealthy conflict way back in 1957, wrote about the way the pattern of escalation moves from the “the specific to the general.”[i]  Instead of discussing the matter at hand, you hurl words at your opponent like “never” and “always.”

Researching marriage relationships for over 20 years, Drs. Howard Markman and Scott Stanley have identified four “relational germs” that destroy relationships (adapted from their book, “Fighting for Your Marriage”)[ii]:

1. Withdrawal during an argument
“I'm not talking about that any more, it's too hurtful.”
“I'll just leave the house if you continue talking about this. End of discussion; it's over.”
2. Escalating during an argument
“It's your fault that he talks to me like that, you're a great example!”
“Forget it then. Go out with your friends, see if I care! Stay out all night, you like them better than me anyway.”
3. Belittling each other during an argument
“That's the dumbest statement I have ever heard.”
“When will you ever get it right?”
4. Having exaggerated or false beliefs about your mate during an argument
"You don't see it do you? You're too negative and it's driving me away!"
"You say you're sorry, but you keep doing the same mean things over and over. You'll never change!"
All of these four relational germs are germinated in an attitude of dishonor.  In Malcolm Gladwell’s fascinating book "Blink," he tells the story of John Gottman of the University of Washington who since the 1980’s has brought thousands of couples into his “love lab” and analyzed them while they had conflict.  Over time he has become incredibly accurate at predicting if their relationship would end in divorce or not.   In fact, he only needs to watch one 15-minute video clip of their interaction and can predict within 90% accuracy if they will be together in 15 years.  Over time he honed that down to just three minutes of observation with still impressive accuracy, and now says he can overhear a couple an arguing in a restaurant and tell if they are doomed or not.
How does he do it?  He doesn’t need to read the data from all the devices hooked up to the couples in his love lab.  He only has to watch for one trait emerging in their conflict: contempt.
“You would think criticism would be the worst,” Gottman explained in an interview with Gladwell, “Yet contempt is qualitatively different from criticism.  With criticism I might say to my wife, ‘You never listen, you are really selfish and insensitive.’ Well, she’s going to respond defensively to that. That’s not very good for our problem solving and interaction.  But if I speak from a superior plane, that’s far more damaging, and contempt is any statement made from a higher level.”[iii]
Our conflict with those we love can easily go from bad to worse: through all four relational germs on down to the basement of contempt which of course is the most fraught with hazard.  But what if we did the very opposite, took the higher ground before engaging in battle and verbalized to our opponent, “You are very important to me and I want to work this out!”  What if we climbed up from the basement of contempt and had our conflict with those we love on the rooftop of honor?
In a previous post I’ve written about using a technique someone called the "Grace Sandwich” when you need to bring up something that has a high potential to deteriorate into unhealthy conflict.  Before you get into the “meat” of the offence, you offer a slice of the bread of affirmation first: “I really love and value you and I want to bring up something that I think is hurting our friendship….” Then you get into the sensitive issue, and afterwards you follow-up with another slice of affirmation: “I’m so glad we were able to talk about this because I love you and I value our relationship.  Thanks so much for hearing me out.”
Gary Smalley has written a whole book on this subject of how to engage in healthy conflict which I would highly recommend: “Secrets to Lasting Love: Uncovering the Keys to Life-Long Intimacy.”[iv]  The entire book is basically a treatise on how to honor your spouse with lots of research and years of experience to back it up.  The whole foundation of that book is that honor is a choice.
Honor in conflict has been extensively researched but is actually not a new idea.  Take a peek inside the New Testament.  The Apostle Paul wrote, “Be devoted to one another in brotherly love. Honor one another above yourselves.”[v]  And Jesus is our ultimate example, the one who though He had every right to treat others with contempt from His superior plane as the Son of God.  Yet He humbled himself and came to honor us from the lower place of a servant.  If we are following Jesus, then we are bound to follow Paul’s admonition, “Do nothing from selfishness or empty conceit, but with humility of mind regard one another as more important than yourselves.”[vi]
You are important!  In fact, you are more important than me! I choose to honor you today (even though you have been driving me crazy).  Forgive me for my harsh words.  I love you and I want to work this out!
Choose to honor you adversary today.
Related Posts
This is the final article of a four-part series on honor.  Previous posts:
Honor Part One: Preamble
Honor Part Two: Our Hearts’ Insatiable Appetite for Honor
Honor Part Three: Slowing Down to Honor Others
[i] James Coleman, “Community Conflict,” New York: Free Press, 1957.
[ii] http://www.growthtrac.com/artman/publish/the-four-relational-germs-736.php
[iii] Malcolm Gladwell, “Blink: the power of thinking without thinking,” Little, Brown and Company, 2005, pp 32-33
[iv] Gary Smalley and Norma Trust, “Secrets to lasting love: uncovering the keys to life-long intimacy,” Simon & Schuster, 2000
[v] Romans 12:10
[vi] Philippians 2:3
FacebookTweet