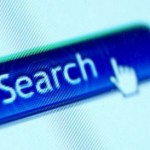 It was the last show of the day, and it finished right at park closing time.  My young family along with my in-laws had just enjoyed a theatrical production of The Lion King at Disney World’s newly opened park, Animal Kingdom.  We strapped our baby girl in her stroller, gathered up all our bags and trinkets and geared up for the exiting process.

As we made our way toward the exits, a concession worker from a corn dog stand came out and offered the passer-by’s free corn dogs.  I love corn dogs!  My father-in-law and I scooped up as many as we could for a convenient dinner as throngs of people streamed past us toward the exits.

Nana looked up one street, Pop looked down the other, mom checked the immediate area as I dashed back into the theater, thinking maybe our four-year-old little adventurer wandered back in.  No Caleb.

We gathered back together to make a search plan, pushing the worst fears out of our minds.  All of us split up in different directions and starting calling out his name in earnest.  Caleb!

I quickly threaded my way through the dense crowd, still on its way in mass toward the exits, imagining my little boy crying and lost somewhere in that sea of pedestrians.   As the seconds dragged on to minutes, I tried to push out of my mind horrible words like kidnapped or predator and kept on searching.  Caleb!

I began screaming out his name and jumping up on park benches to better scan the crowd.  At no point did I consider my reputation or what these hundreds of people might be thinking of a frantic, shouting man.  I looked liked like a fool but didn’t care.  I was desperate.

After a few more dreadful minutes of searching, suddenly his familiar, cute little blonde head poked out from behind a kiosk of souvenirs. A worker was holding Caleb’s hand, searching the crowd for this lost little boy’s parents.  I heartily thanked the man and lifted up Caleb into an explosion of a bear hug, kissing his cheeks while choking back my own tears.

I was so relieved to see my little buddy again I didn’t even think of scolding him, like Caleb, don’t ever leave us like that.  Always hold mommy’s hand and make sure you are always with us.  Nothing like that.  I just held him tightly and quickly carried him back to our anxious family.  The only thing that mattered was having my precious son in my arms again.  Relief and celebration welcomed us at the reunion.

There was another father once, a much more desperate one, who also looked like a fool but didn’t care.  In his culture fathers were revered, respected and feared.  They were almost like kings, authority figures on thrones willing to receive an audience if need be.

But this father was different.  He was so broken by the loss of his youngest son that his grueling days were filled with despair.  On one hot afternoon he saw a figure approaching on the dusty road leading to his farm house…it couldn’t be.  He jumped up from the porch and strained his eyes to get a better look…it sure looks like him.  He called to his servants and they affirmed their master’s improbable hope…your son has come back home.  The father tore off his porch like lightning and did something that soon became the scandalous gossip of his community.  He actually lifted the bottom of his robe so he could run faster, bearing his bare legs before his shocked servants, and ran toward his scoundrel of a son.  Think of it!  This respected pillar of the community going off to greet the very wretch who broke his heart and wasted his hard-earned money.  And not only that, but He is welcoming the bankrupt loser like a king:

But the father said to his servants, ‘Quick! Bring the best robe and put it on him. Put a ring on his finger and sandals on his feet. Bring the fattened calf and kill it. Let's have a feast and celebrate. For this son of mine was dead and is alive again; he was lost and is found.’[i]

This father was so lovesick for this lost son he didn’t care about his reputation.  He couldn’t even bring himself to scold his son for his sinful squandering.  The joy exploding from within him just wouldn’t allow it.

His oldest son didn’t appreciate all the merry-making over his decrepit brother, and even refused to come into the house from the field at the request of his dad.  He spurned a direct command from his own father!

The older brother became angry and refused to go in. So his father went out and pleaded with him.[ii]

Once again this father had to set aside his reputation, already in tatters, to go and seek out one of his sons, even thought surely it should be them coming to him. How disgraceful!  We get the reason again behind the father’s incomprehensible behavior a few verses later:

‘My son,’ the father said, ‘you are always with me, and everything I have is yours. But we had to celebrate and be glad, because this brother of yours was dead and is alive again; he was lost and is found.’[iii]

Let the Father’s love embrace you today, washing away all your shame.  The cross is proof enough of how far He would be willing to set aside His dignity to get you back.  You might feel like turning away when he hugs you, or squirming when he puts the best robe on you, a ring on your finger and new sandals on your feet.  You know more than anyone how unworthy you are.  But just try anyway to rest in the assurance of His dauntless love as you feast together.