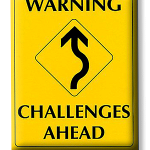 I’ve heard the word a thousand times in a thousand different contexts. It takes many different meanings and nuances. Certain furniture is said to have it. Schools claim to teach it. We hear people lament that they can't find it any more.
Character.
What is character and why is it so essential in our quest to raise up a generation of world changers? Character is WISDOM empowered by WILL. Character is the awareness of what is right and best, combined with the determination and perseverance to complete what is right and best, regardless of the pain, suffering and danger that may be experienced through the process.
I'm a fairly big fella, especially when compared to most of my friends here in Southeast Asia. But in my late 30’s, I grew to become much heavier than I have any business being. I spent a lot of time sitting, writing and studying while simultaneously snacking and drinking coffee and soda. Although I enjoyed watching other men play sports on television, I rarely went outside to run or play anything. One day I looked in the mirror and realized what I had become: a size XXL who was meant to be an L and probably couldn’t jog around the block without being in danger of suffering a heart attack.
At that point in my life, I understood why I had grown fat, and I understood how to get fit. My brain contained enough knowledge of calories, nutrition, diet and exercise. The question I faced was whether I could activate what I knew, and make it real. When I climbed on a bike and faced a mountain, my will was tested and my character was forged over the anvil of sweat and pain. My ability to transform knowledge into action and persevere until I had achieved the intended outcome was a daily battle. Over time I was able to drop about 50 pounds and keep most of it off. That was tough, but to be honest that's kindergarten level character development.
God’s Word is filled with stories of men and women who combined wisdom and will power. Joseph not only knew about what was morally right, he ran away from temptation. Daniel not only talked about prayer, he prayed though it cost him a night alone with roaring lions. David did more than talk about God’s name. He ran forward toward a terrifying warrior-giant to honor the name of his God. When James wrote “As the body without the spirit is dead, so faith without deeds is dead,” (James 2:26) he was articulating the essence of character. James used the word spirit to signify the vital principle by which our lives are animated, the rare internal power to rise up off the sofa, go outside to face the world and grapple with challenges. James was the little brother of Jesus. For me this makes his perspective tantalizing. James grew up watching his big bro not only give advice but live a powerful and courageous life. James’ role model was a man of action. When I read through his words, it seems to me that James looked around and saw that knowledge is readily available. Everybody’s got an opinion. Yet the ability to activate our knowledge, transforming it into action in the face of hardship and mystery, is extremely rare.
In our Mustard Seed schools and other projects, we are determined to raise up a generation of youth who not only understand what it looks like to follow hard after God, but choose to make hard decisions. We dream of seeing leaders who not only know about the character of God, but who experience the power of God’s character. Most of our students were born in the midst of poverty. Nothing is handed to them. But through a Mustard Seed education, they inherit a priceless treasure. They grow to become courageous men and women who can live anywhere and face anything, and figure out how to rise up and overcome.
The quest for character is at the core of everything we are doing in our educational environments. When our teachers meet together every week to share their lesson plans, they excitedly exchange ideas of how to forge character into the ever expanding knowledge base of our students. Our reward is watching little boys and girls grow to become men and women who struggle fearlessly in the face of poverty, devastating circumstances, and a pittance of resources to not only survive, but to lead others to freedom along the way.
How about you? Are there any places in your life, your inner world, where wisdom has not been animated by will power?  Dare to take on the problem. Take a risk. Add will to your wisdom. Forge character into your being.
FacebookTweet