He must have gotten out the night before, when Jordan came home after we had already gone to bed. Our Maine Coon cat Toby often lurks by the front door when someone enters or exits, looking for an easy escape and a chance for adventure. Jordan was distracted getting the keys to lock up the …

END_OF_DOCUMENT_TOKEN_TO_BE_REPLACED

The call came when I happened to be nearby the scene of the accident. I was helping my oldest son with a dead car battery after his work shift had ended. As I put the jumper cables back into the car, my cell phone buzzed with a call from Harrison, a friend of my other …

END_OF_DOCUMENT_TOKEN_TO_BE_REPLACED 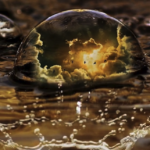 Praying with the Nevland brothers is always good for my soul. I’ve known these zealous brothers for many years, and I always get my faith stirred when I am with them in a prayer setting. A couple of weeks ago I asked if I could record one of our prayer times together…hope this feels like …

END_OF_DOCUMENT_TOKEN_TO_BE_REPLACED

I have some friends serving in Asia and their minds are getting blown by how much God is moving there right now. Mine too. Back in September, one of their local teammates was dropping off some ministry interns for a week of outreach in a city a couple of hours away from where they all …

END_OF_DOCUMENT_TOKEN_TO_BE_REPLACED

How does your life taste to other people? Are you walking in step with the Holy Spirit, enough so that the “fruit of the Spirit” is evident in the ways you interact with others?[i] How about your “Emotional Intelligence,” which Daniel Goleman defines as “the capacity for recognizing our own feelings and those of others, for …

END_OF_DOCUMENT_TOKEN_TO_BE_REPLACED

There is a popular television show in Indonesia called, “Minta Tolong!” which basically means “I need help!” Every week a hidden camera crew sends out a down-trodden person into the streets to ask for help from strangers. In a recent episode an actress playing a destitute beggar went from person to person, asking for a blanket for her child. She was holding a ratty newspaper and offered to trade it if they would give her a blanket. Person after person said no. She would plead with them, “Please, my child is cold and doesn’t have a blanket. Don’t you have an extra one at your house?” They would brush her off and she would then go on to the next person. After numerous rejections one kind soul finally said yes, giving the beggar lady a sling she was using for her own child. The beggar then gave her newspaper to the kind lady, and inside it was a very large sum of money. The crew came out and interviewed the kind hearted soul, who was overcome with emotion and didn’t want to accept the money at first. She finally did at the interviewer’s insistence as tears streamed down her shocked face.

How many of the people who said no would have said yes if they knew that inside that dirty newspaper was a loot of cash?

What was the last novel, TV show or movie that made you cry? John Eldredge says that we should pay attention to when art touches us so deeply that the tears peak out. That’s a big theme in his insightful book, Epic (Thomas Nelson, 2007), how we are wired for story. “There is a heart …

END_OF_DOCUMENT_TOKEN_TO_BE_REPLACED

When our daughter Naomi was a toddler, and it was time for a family outing, I would often let her play on the front porch until it was time to go. The family would pile into the car and buckle up, while I went back and forth to gather up our stuff from inside the …

END_OF_DOCUMENT_TOKEN_TO_BE_REPLACED

I blew past someone in the need the other day on the way to a church meeting. They were on the side of the road with car trouble just ahead of me, obviously in distress, and I was running late. Sorry, no time to help. I didn’t think twice about leaving them stranded and un-helped, …

END_OF_DOCUMENT_TOKEN_TO_BE_REPLACED

When our daughter Ana was four and still living in a delightful princess world, she loved to play dress up. One day she ransacked her dress up box and came out of her room wearing raccoon slippers, a white bride’s veil and holding a plastic police riot baton. I said, “Oh, Ana, what a beautiful bride …