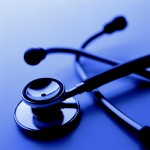 When Cyndi and I arrived in Southeast Asia eleven years ago, our family was battered by a relentless wave of medical difficulties, especially with our children.  Ten month old Josiah was the hardest hit.  After the first few months we stopped counting the times his fevers would soar to 105F while we were up through the night trying to cool his body with cold towels.

Two year old Katie Skye’s eye problem started quietly.  It seeped into our lives like the early signs of a flood.  She was having difficulty seeing straight.  Cyndi and I remember her saying “I see two mommies.”  We felt powerless to help her as her sparkling eyes grew increasingly crossed.  Her condition was known as “bilateral strabismus.”  I imagined our little daughter moving through a lifelong journey of enduring pity or of people looking quickly away.

Katie’s need became more urgent with each passing week. Cyndi and I tried to find help.  We knocked on every door that might possibly lead to a solution.  We searched throughout our city for an eye doctor.  Then we went for help to the bigger coastal city of Surabaya, then on to the capital city of Jakarta.  For months we struggled to locate a solution.  Every Indonesian doctor prescribed the same meaningless eye exercises that we had long since realized were useless.  She urgently needed surgery.

One day everything changed.  Cyndi’s uncle, who was a practicing eye doctor in Afghanistan, found a listing of international ophthalmologists and recommended a Dr. Cheong in Singapore who might be able to help.  Cyndi and Katie flew to Singapore and went to see Dr. Cheong.

After a quick examination she spoke the most beautiful seven words, “I can do the surgery tomorrow morning.”  The next day she snipped two muscles between Katie’s eyes.  Immediately her eyes turned outwards.  Cyndi later said it was a terrifying moment.  Yet within a few hours Katie’s eyes had corrected themselves to perfection.  If you look at her now, you would never suspect that she had severely crossed eyes as a little girl.

I was in awe of Dr. Cheong, and I realized something I had never thought about before regarding physicians. These are unique people who walk among us. How much money would it take to equal the price they must endure to make it through medical school and residency? The answer is obvious. You just can’t put a price on something like that.

Every single moment since Katie’s surgery, our family’s life has been quietly changed. We live in a different reality than the reality we would have lived without a physician. Since then, doctors have helped me recover from malaria and dengue fever. A doctor repaired my collar bone that had been broken into five pieces. Our family and countless others owe these men and women a debt that can never be paid back.  While so many people drift through life passively ignoring others in desperate circumstances around us, people like Dr. Cheong are swimming upstream, blazing a trail of hope, and living with the strength and resolve to dedicate themselves on behalf of others.

In our thank you note to Dr. Cheong, Cyndi and I expressed our gratitude to her, for her willingness to endure thousands of hours of disciplined study so that she might someday work miracles for other peoples’ children. For my family, anyone who serves in the medical field is a hero, and this is one reason that at our school we have a special track for students who want to become doctors, nurses or scientists who work in medical research.

“Jesus went through all the towns and villages, teaching in their synagogues, preaching the good news of the Kingdom, and healing every disease and sickness.” (Matthew 9:35)