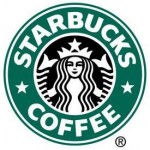 Today I watched two interviews at www.cnn.com that referenced the relationship between the U.S. and China. The first interview featured real estate tycoon Donald Trump, who said that the United States government should tax China for products imported to the U.S. The second interview featured Howard Schultz, the CEO of Starbucks, who wants to expand Starbucks in China.

For me, the Trump interview initially came through as sensible. The American in me resonated with his zeal to nail China to the wall. But the more I thought about it, the more I realized his perspective was rooted in the past. His words were manipulative, crafted to appease the fear and anxiety that so many are feeling right now. And most of all, I am on guard because I am aware that Donald Trump is interested in one thing and one thing only. Making money, at all costs. His perspective of success is trapped in a win-lose mentality.

The Schultz interview was optimistic and opportunistic. He was focused on the future, and he seemed to be tuned in to a world that is in the midst of an irreversible transition into twenty first century globalism. Schultz came across as wide awake in a global reality. His passion for dealing in fair trade coffee came through as genuine. He has a win-win mentality. From his perspective, the cream of the crop will always rise to the top. Any clear thinking entrepreneur, regardless of race or citizenship, who plunges forward into the global marketplace with a strong ethic, a will to serve and not simply make a profit, has a chance to thrive in this century.

These two interviews gave me a lot to think about. I don’t mean that I have much of an interest in global politics or commerce. But at a personal level, which worldview do I identify myself with? Where am I positioning myself during this turbulent moment in history? Am I tuned in to what is really happening around me? Do I embrace change? Do I trust in providence? Am I riding change like surfers ride waves? Or, in the midst of uncertainty and crisis, do I tend to slam on the brakes, protect what I earned in the past, and stick it to anyone who appears to be a threat?